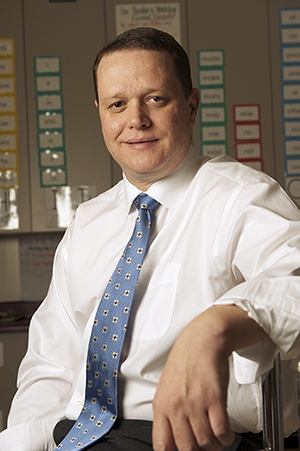 Will Pinkston served as an aide to former Tennessee Gov. Phil Bredesen. In that role, Pinkston managed the public campaign that powered Tennessee’s winning 2010 bid in Race to the Top, the Obama administration’s signature schools initiative.

Before Race to the Top, Pinkston assisted in Bredesen’s efforts to expand a pre-kindergarten pilot program to nearly 1,000 classrooms statewide, raise teacher pay and modernize Tennessee’s education funding formula. He ran a campaign supporting Bredesen’s standards-reform movement to raise the bar in the classroom, which led to Tennessee becoming the fastest-improving state in the history of the Nation’s Report Card. Harvard University’s journal Education Next dubbed it “The Tennessee Miracle.”

In 2012, Pinkston joined the nine-member elected school board in his hometown of Nashville, Tenn. Amid Race to the Top’s irrational exuberance, fueled by hundreds of millions in federal dollars pouring into Tennessee, the state’s capital city came under siege by radical reformers seeking to privatize one of the nation’s largest school systems. On the local school board, Pinkston found himself on the front line in the war over public education in America. Along the way, he emerged as a leading critic of charter schools and their negative fiscal impact on traditional schools. And he came to regret Race to the Top’s unintended consequences.

On the Nashville School Board, Pinkston pushes for common-sense initiatives such as expanding pre-K, raising teacher pay, supporting English learners and closing academic achievement gaps for all students. In 2014, he helped organize a statewide coalition of public-education advocates that resulted in nine Tennessee school systems filing litigation over inadequate state funding of public schools.

In addition to serving on the local school board, Pinkston is a public-school parent and graduate of Metro Nashville Public Schools. Before working in and around policy and politics, Pinkston was as a reporter for The Tennessean and The Wall Street Journal. At the Journal, he contributed to the September 12, 2001, edition, which earned the newspaper’s staff the Pulitzer Prize for Breaking News Reporting.